I do not speak English. I translate sentences written in Japanese into English using Google Translate. Please excuse me for difficult sentences to read.

It is a blog just to write down what I did with various cars.

When I was young I did not have economic power and I was not able to buy a car in my 20’s,
When I get rid of a car, I have a family and I like it,
For a while keeping on family car 30s – 40s
It is a blog since children grew up and became myself in their mid-40s.

I would like to have a car as a hobby,
I want to be better at driving ,,,
I thought that I bought my own machine. 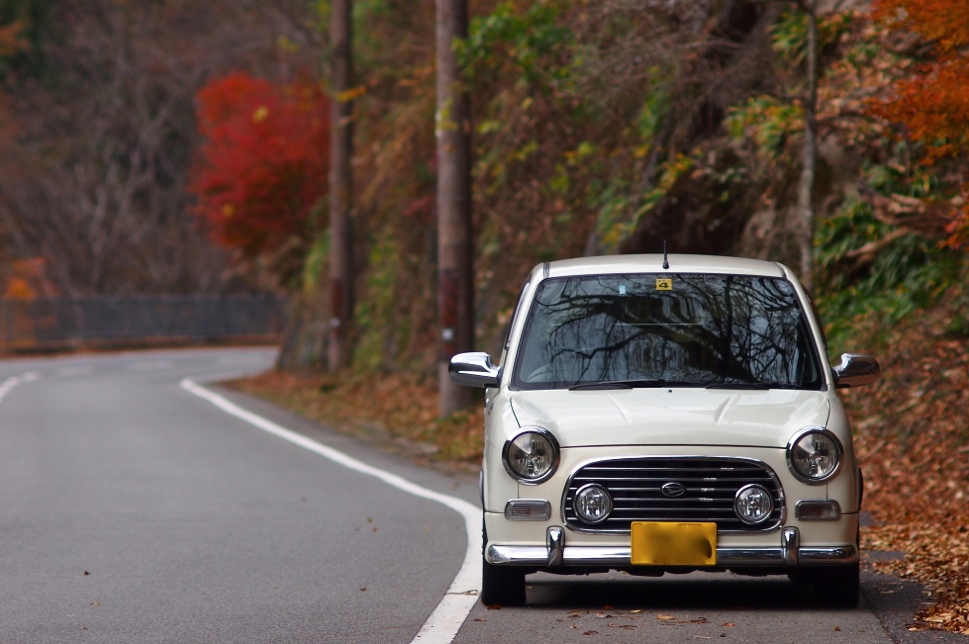 In 2013 I thought that I wanted to ride a manual car purchased Mirassino (5 MT turbo) of the tattered balloons that had been exhibited at Yahoo auction.

I have started writing a blog since I bought such a mirinino.

I first started riding Mirasino and bought something sports tire easily so I started something for the first time.

After that the tires are exchanged at pace several times a year so that changing tires becomes a hobby. .

Here are tire evaluation and review articles worn in the past.

Encounter with the strongest grip ATR – K sports at minicars.

This tire was amazing.

I want to wear a small and cheap studless tire unique to mini vehicles, with the desire to run on the snow road, having a bad consciousness in driving the snow road in the Hanshin area. There was also such a desire and it was this Mirasino that made snow road debut. 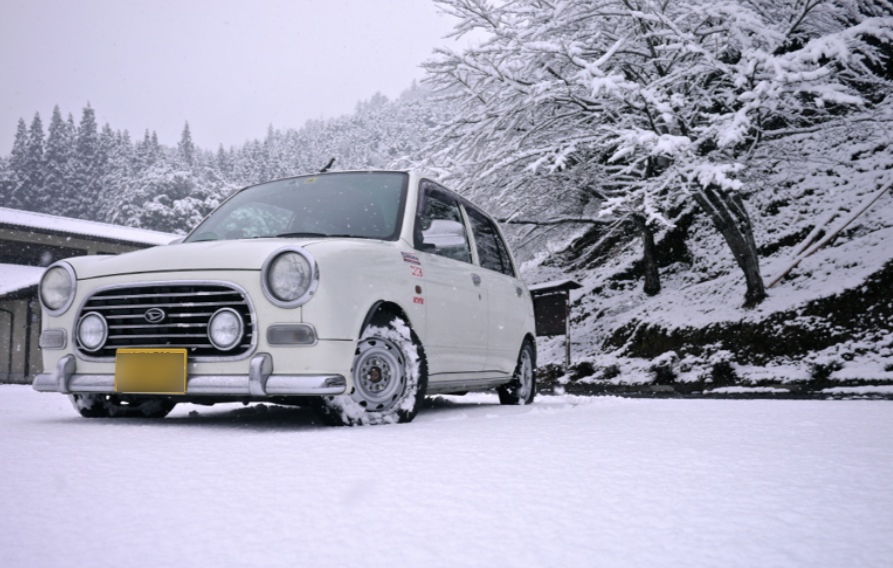 One thing to distress on the snowy mountain several times.

Since it is a bad heady man, I learned while scratching.

I was stacking on snowy mountains many times and I also learned the necessity of such a cloth chain (laugh). 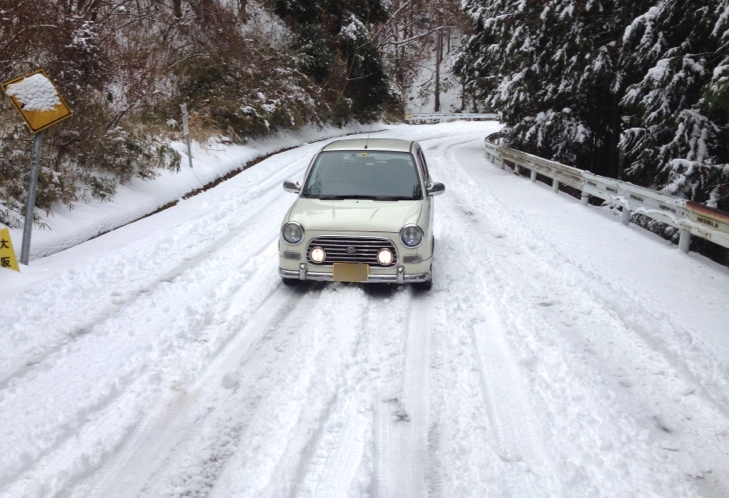 I remembered for the first time in this mirazino that I would play with the car.

A diary written in the Miragino period

Although I was fascinated with the fun of the turbo 5 speed of mini vehicles I was going to ride for a long time, but the engine broke with an ignorant tuning of amateurs to let go.

Waterline breakage of the engine block in over 180,000 km (overheating with amateur boost). It is up to the trader who bought even such a car thankfully. 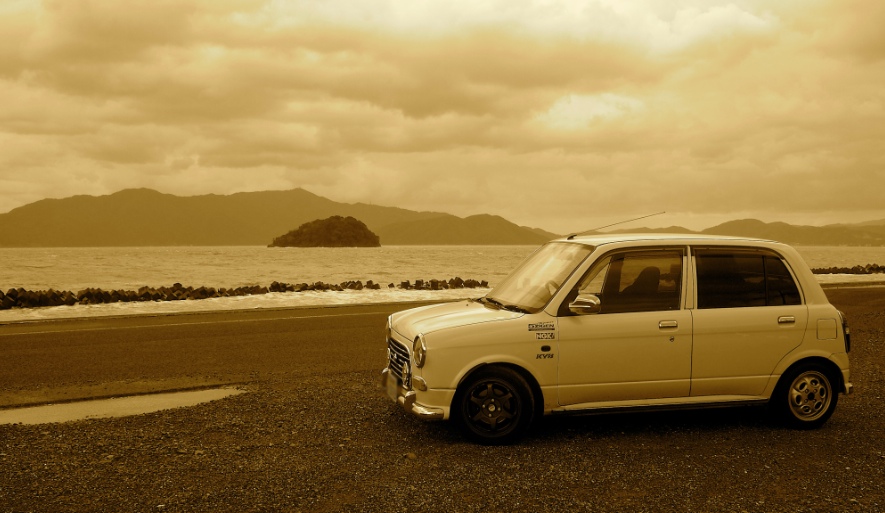 I also wanted to get on the manual minicar turbo even after that, I got the Kei works I wanted from before. Even though it was affordable, it was a car that only wears the name of a work, although it is fitted with a helical LSD at the front with front and rear disc brakes.

Anyway the car height was high, it was a sporty compact hatch with a long foot and a comfortable ride.

Snow road is also a nice thing. Thanks to the genuine front helical LSD, it seemed as if the race passed through the snowy mountains as fast as a fairy of a snowy mountain. 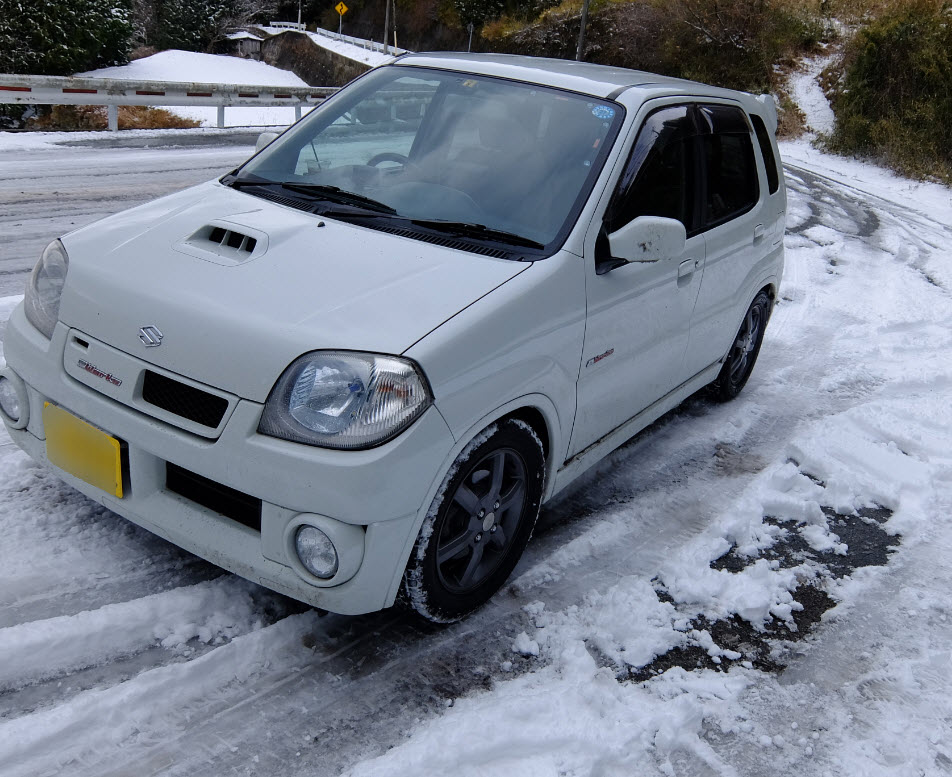 In the Kei Works era, I did not take much pictures and I did not write a blog, but in retrospect I went to play with my child and wife on snowy country in various Kinki areas. I was impressed by the tires that I wore during the Kei Works era was Nan Kan SN-1 of a studless tire.

It is a car that was a great success as a second-class car that is fun to drive. 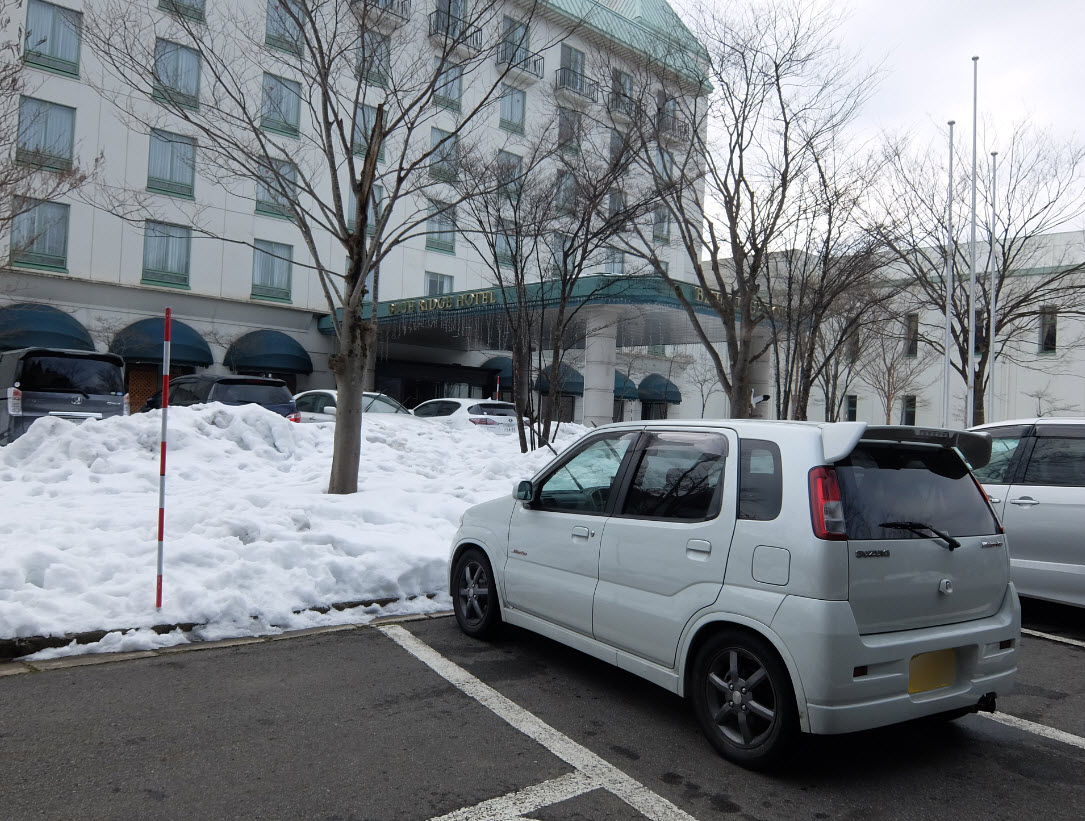 Even in Milazino and Kei works, I usually driven mountain paths and the Kinki Ichijo Pass road, but I started to improve driving skills and circuit running something more.

This car was fun to sports as well and I wanted to keep keeping the drive comfortable and pleasant, but I could not afford to hold more than one, we let go of crying.

The result of selling Kei WORKS and purchase assessment that was cherished like this was like this.

Indeed, the distribution price of used cars or the added price at the store is wonderful experience.

Running the circuit was not enough for mini vehicles, I came to want to ride the 5th speed MT of ordinary cars.

I decided to change to an affordable FR we found on various financing with car sensors based on the funds we gained at the amount sold by Kei Works. 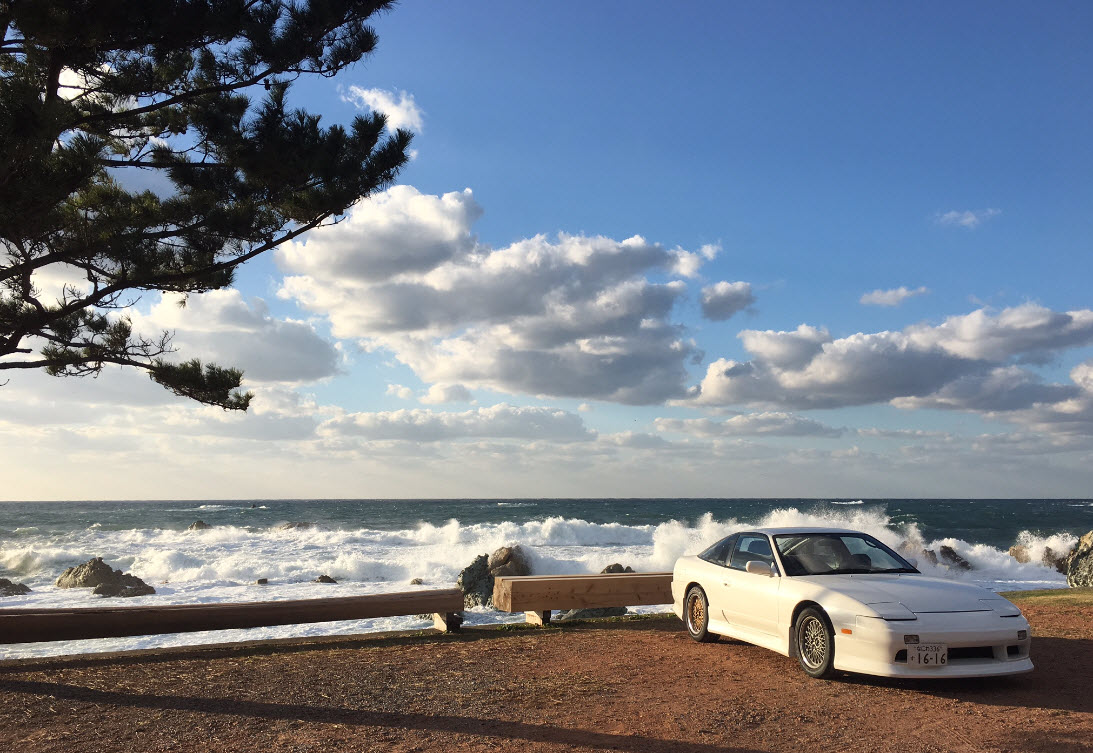 The ordinary car for the step-up chose there was 180sx.

Although it is 5 MT of 2 liter turbo, I am enjoying playing with 180 sx of normal which seems to be defeated by a signal dash to 1500 cc NA car.

I start to get on the circuit running frequently

From the time of Mirasino, I began to go on a circuit several times a year, and after switching to this 180SX I started to travel on a circuit frequently. However, unfortunately this 180sx Mid-Term Normal has crash total loss in 2 months after purchase. 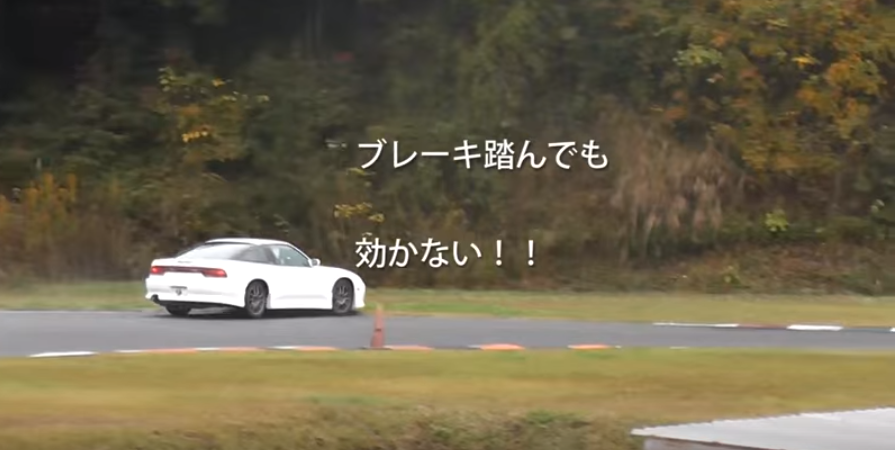 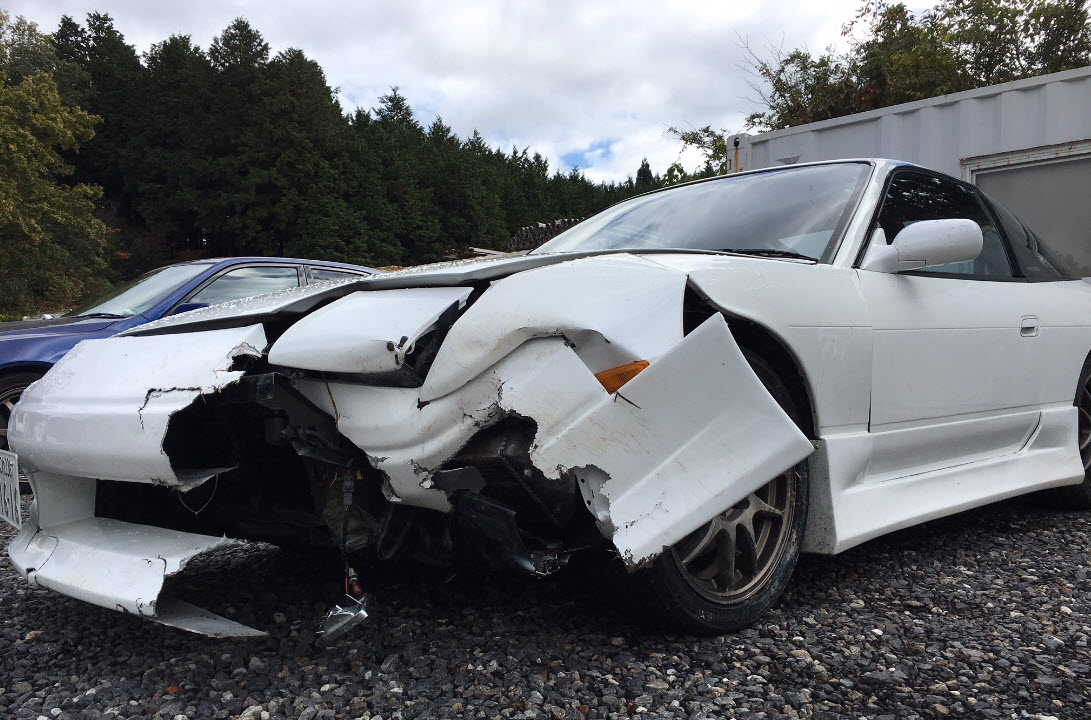 Ask the immediate shop to prepare a superb 180sx NA automatic body, replace the interior of the engine’s foot and so on and even more chattering.

And I wonder if it becomes a real car of the fourth generation.

The snowy mountain running with this FR machine is a lot of fun. .

Studless tires worn at 180sx are tires of Nexen. 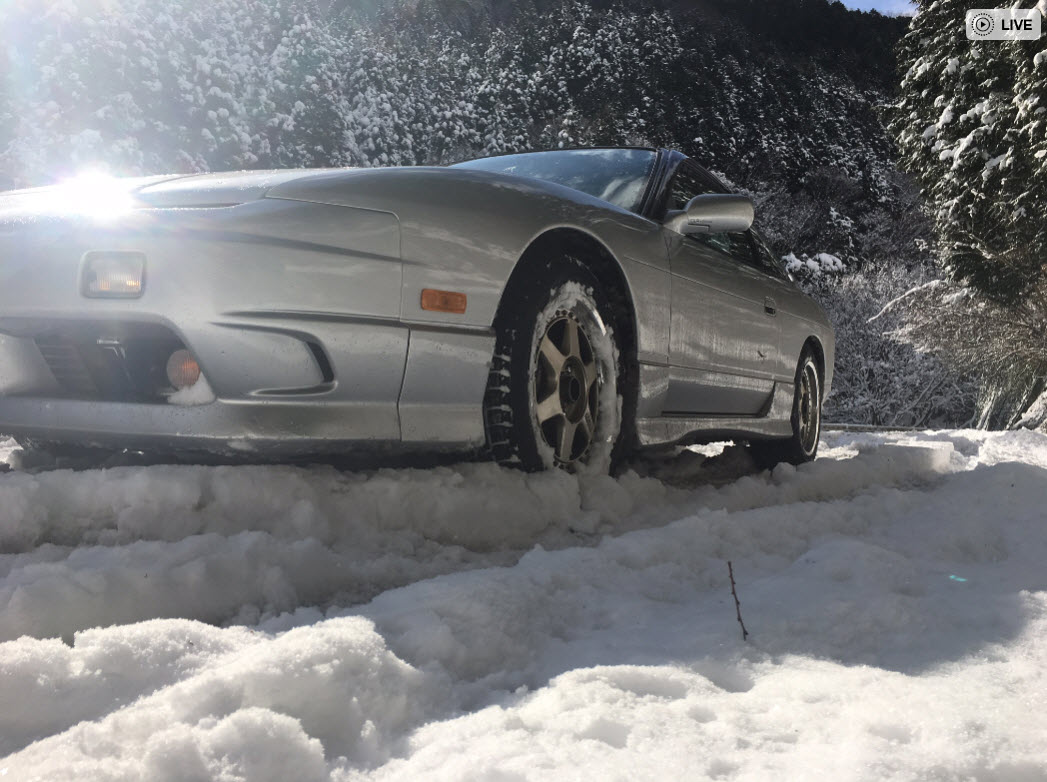 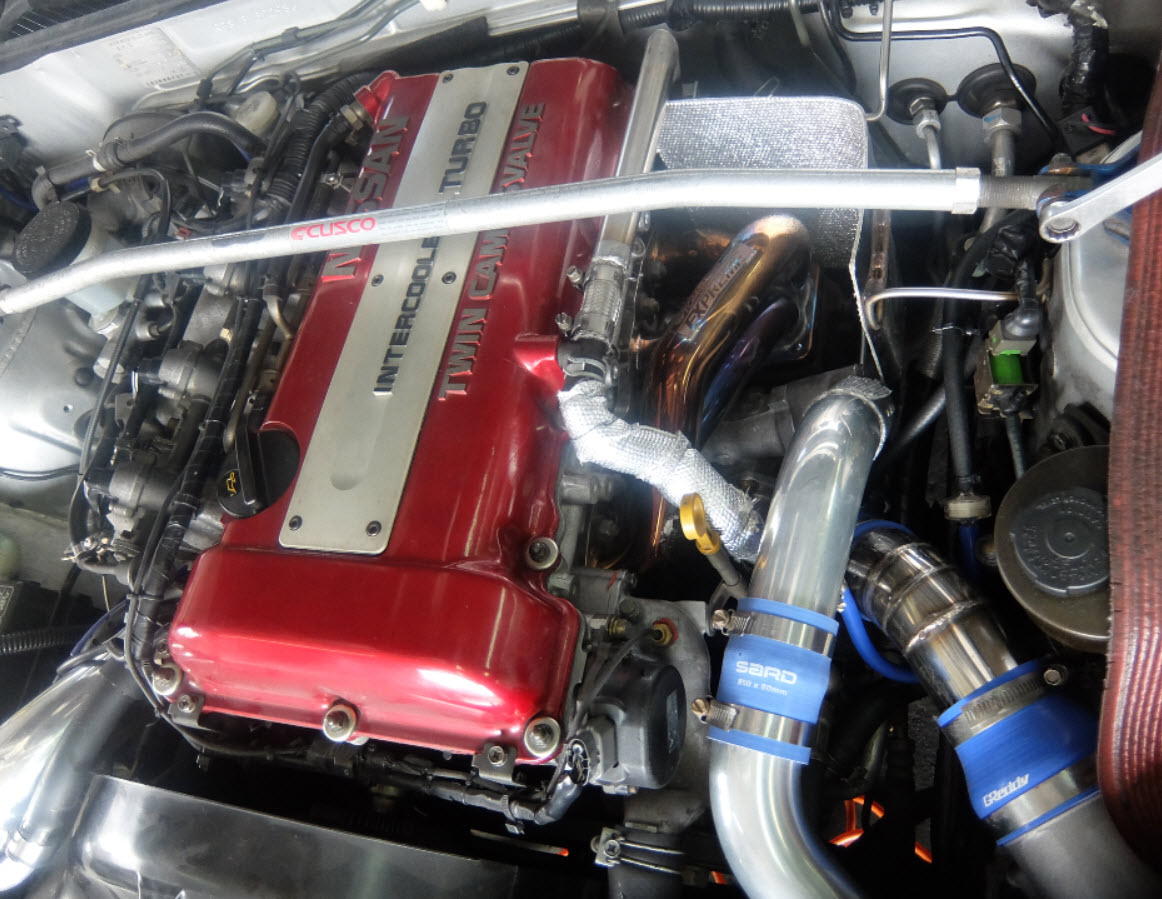 In addition to the crash, the CPU from the supply / exhaust system, undercarriage, drive system etc. Except for the exterior is almost a tuned car 180 SX.

Now it is finished in a sports car that puts out a fine time so that he can not defeat Lan Evo, Impreza (if w normally) w).

By real encounter with this car I improved the driving skills and discovered more fun of the drive. 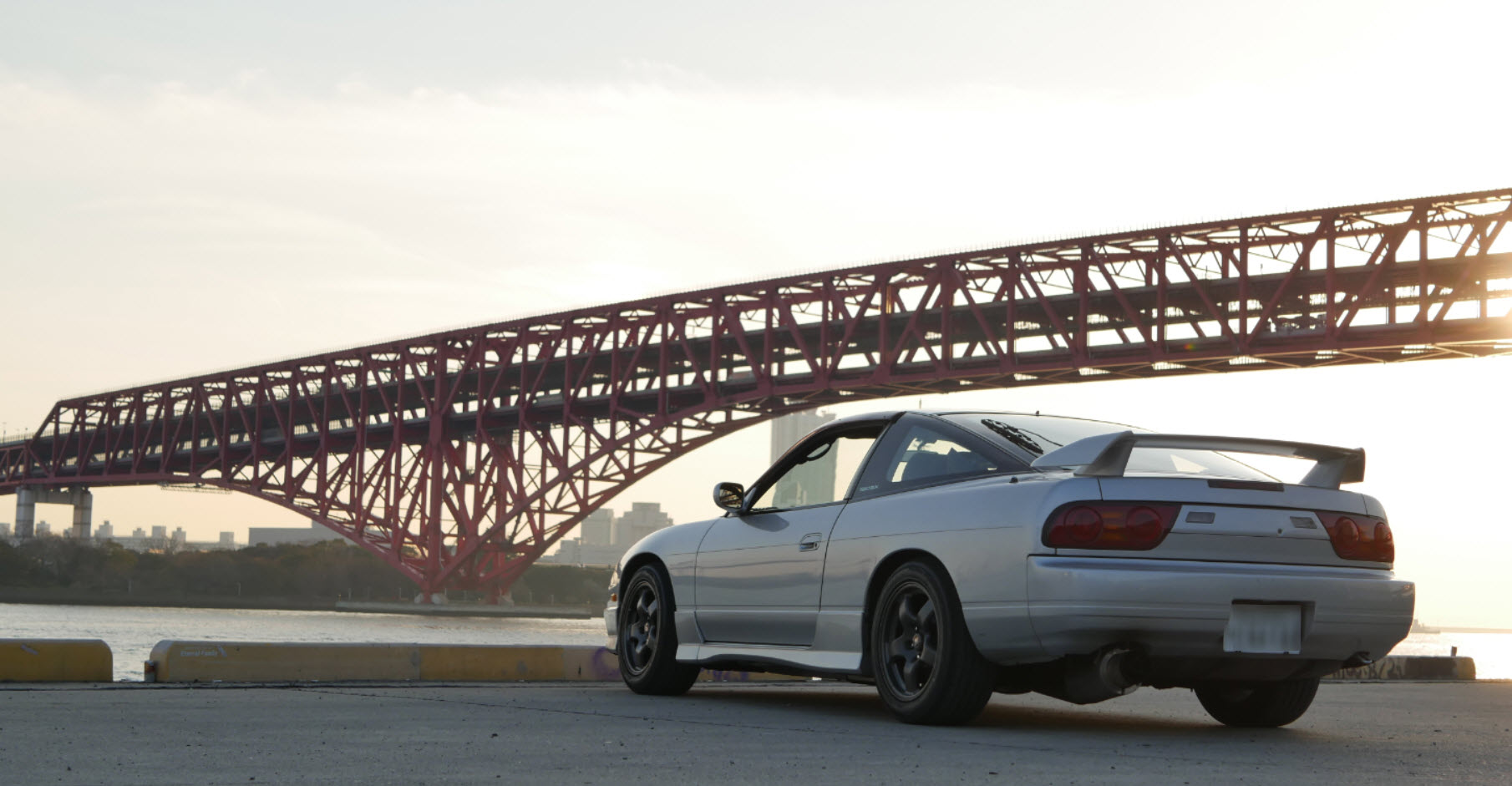 I also memorized the drift at the circuit but the basis is grip driving main.

I am summarizing the circuit which I usually run here.

I encountered this car and I wanted to steer something.

I want to cherish

It is just a car of your choice.

It is this blog that spells events with such a car.

It started to run on the circuit at 180sx, and the change of the tire is once a month to the level. .

At first I was wearing a domestically produced YOKOHAMA S drive or Bridgestone’s Potenza S001 or expensive tire, but as a result of changing various wear, there is no difference between the cheapest one of Asian tires and the cheapest one even in sports driving Time will come out on the shaken tire.

I got an eye strength that allows us to choose tires that are not deceived by advertisements (laugh).

So far my favorite tire is

If it is only time to put out time, there is no mistake in AR – 1, but AR – 1 will be handled as S tire by regulation of circuit and running meeting, so it is the best super high grip tire for practice. 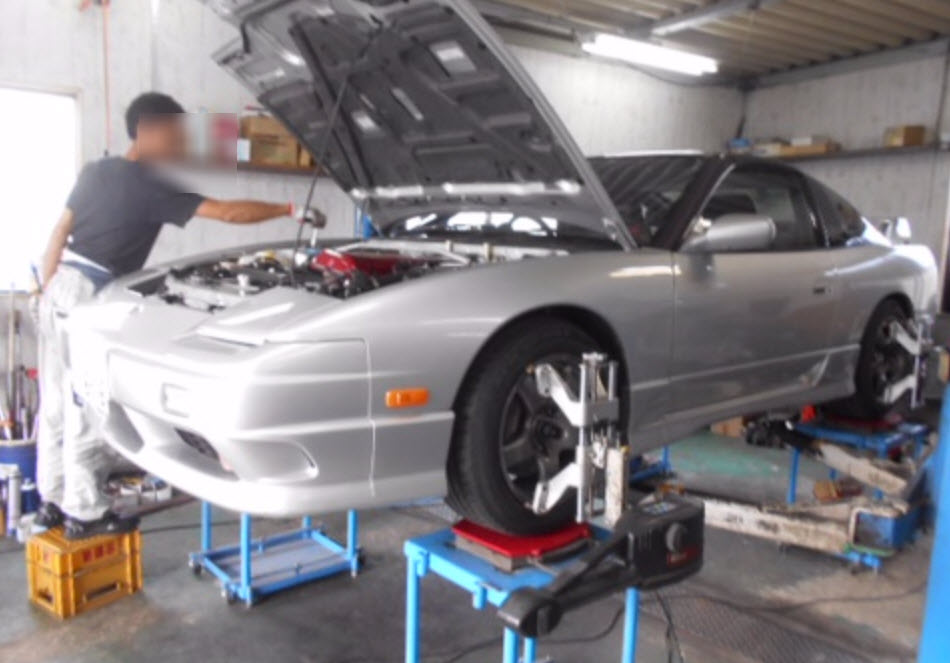 If you are on a regular basis this tire MINERVA EMI ZERO is pretty cool.

The car which started to race in the second year and has grown to be able to give out a reasonable time.

It is fairly fast, and I feel that I am finished aiming for a finish that can enjoy the drive a lot.

I will also maintain a little bit 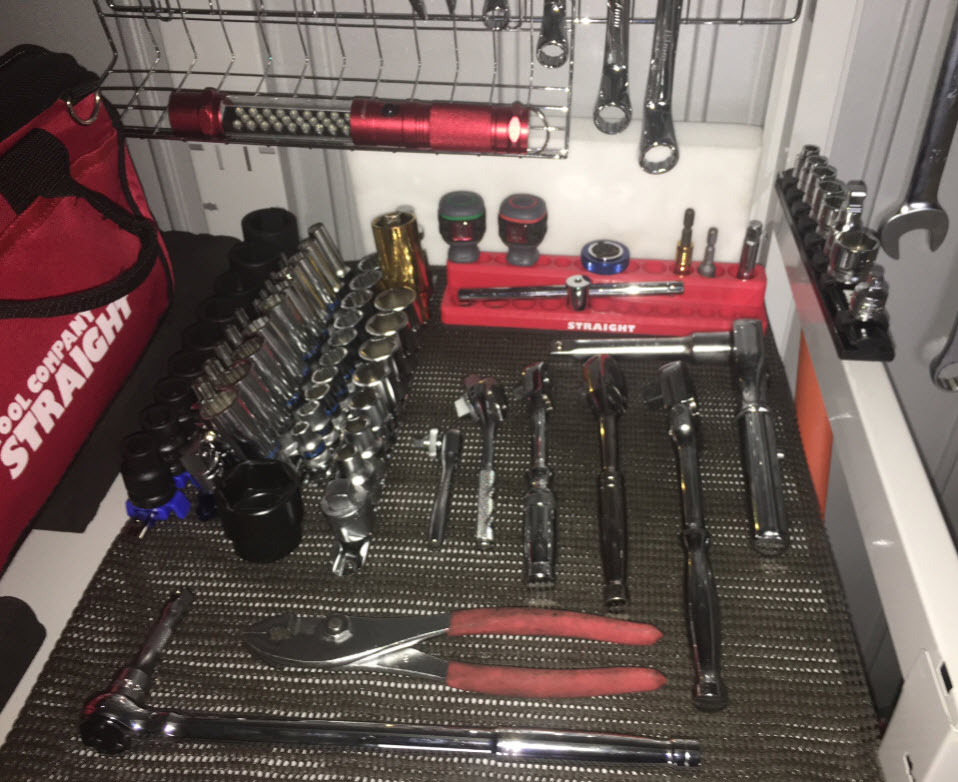 After shop which became indebted has gone, I thought that I will do some maintenance even by myself, buying tools and doing oil exchange as much as I do. 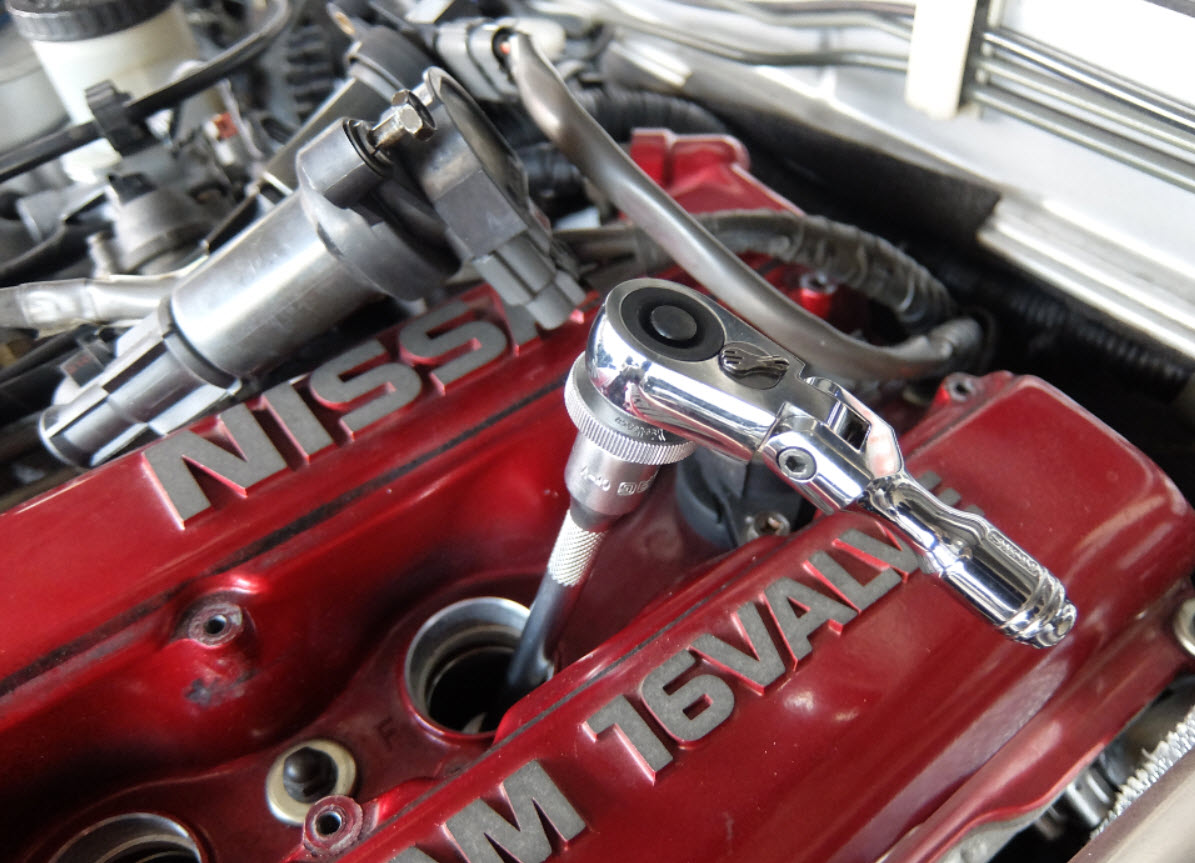 My car for moving with family

By the time I started writing this blog I was on a Honda CR-V SUV.

Odyssey Absolute can be said to be a legend of a sporty minivan that just replaced it. 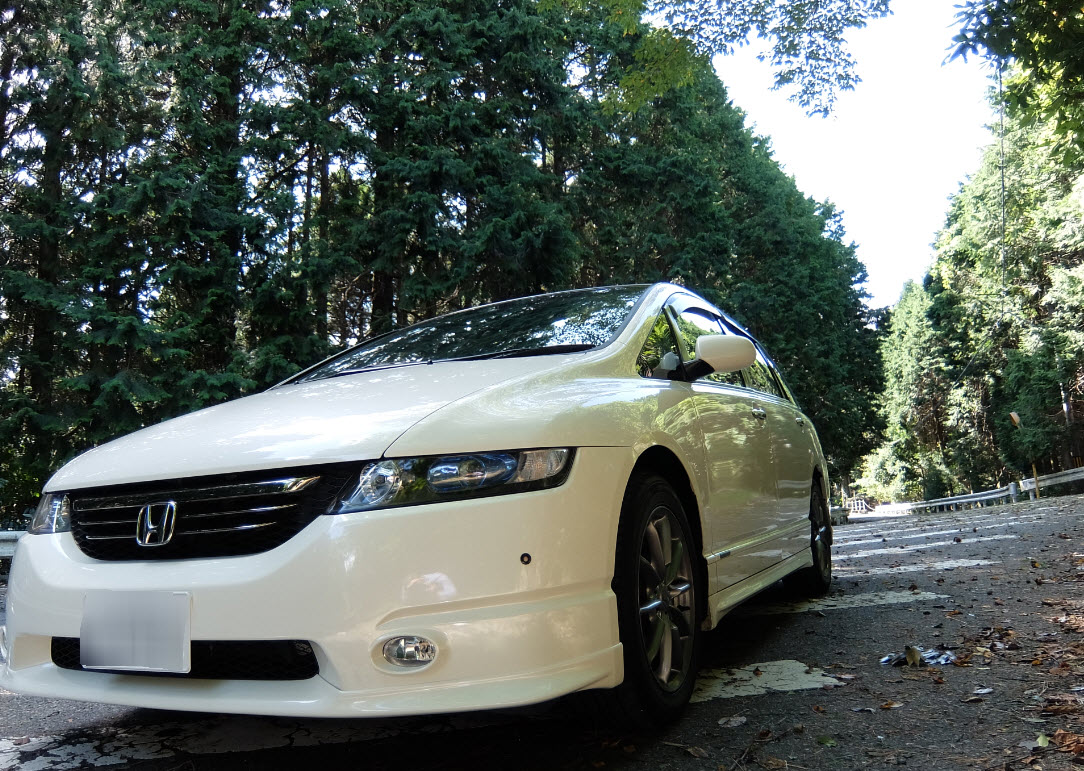 It was a mess of my favorite car.

Honda’s engine blowing up naturally. Spacious indoor room with children. Traveling ability to shake off the meter with room. However, there was also a weak point that the genuine brake disc would be distorted with full braking when shooting the meter completely.

It was a wonderful car with no frustration, but I was wondering if the brakes were enough.

Although it was my favorite, the opportunities for children to grow up, the whole family to go out,

I thought so and sold this nice car too.

The sale of Odyssey RB 1, purchase price and appraisal are left here.

Bulk assessment bought at a pretty good price. It was quite good.

And the heart to the next car. .

Looking for a car that can be relieved for such a brake. .

Next, it was a German car that I chose as a family car private car.

Engine, body, and cooling performance that can run continuously over 200 km / h.

It is a tough car that will not lose to the circuit car.

Brakes are perfect. Body, brake pads and calipers that securely stop even at full braking from the highest speed of 220 km were groaned with a German car.

The first foreign car is a car full of excitement and a high level car.

Perhaps, I think that a car that seems better than this car in the future is COSPA will not come out.

It is groaned at the height of the perfection of the car called golf.

The usual city ride is also compact and comfortable. It is a fast car like a stupid gear with a fine crossed gear ratio setting by 6th speed DSG.

Circuit machine finished with millions of yen and a normal car that can put on a tame.

I am doing video posting on YouTube for my driving and checking running video. 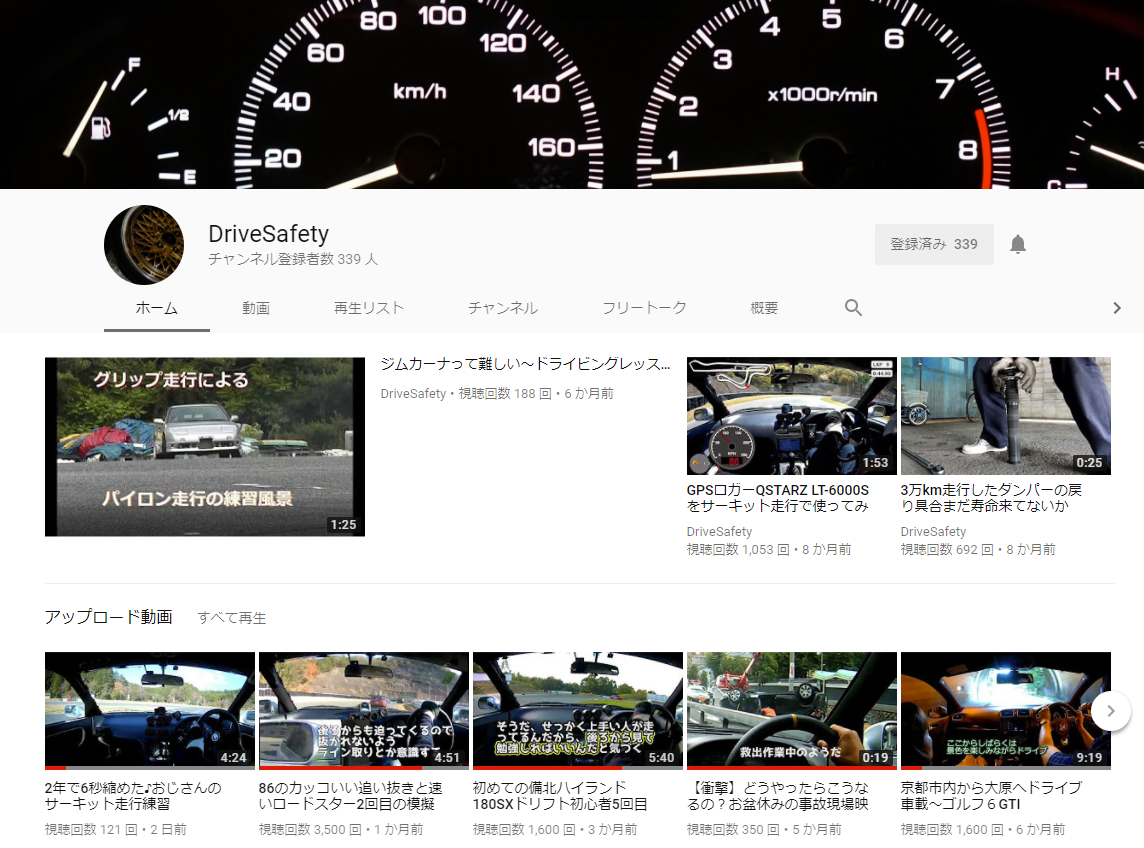 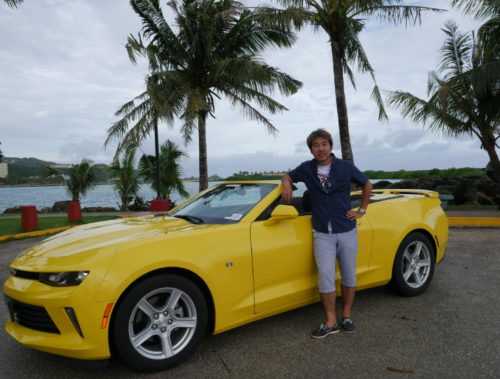 I think that I want to keep running sports when the body still moves in my 40’s, I bought a 5-speed MT car.

First of all, practicing with light cars, each of which has large displacement,

With that feeling I woke up to run after I bought the second used Miragino with Yahoo auction.

There is no knowledge at all in maintenance and mechanics,
It is weak to mecha.

So maintenance was left to the store.

However, after purchasing a manual car as a second car,

I got a mechanic

I am writing this blog about what I experienced while switching from Mirazino to 180sx.

As it is such feeling, this site is like “Just a memorable blog”. 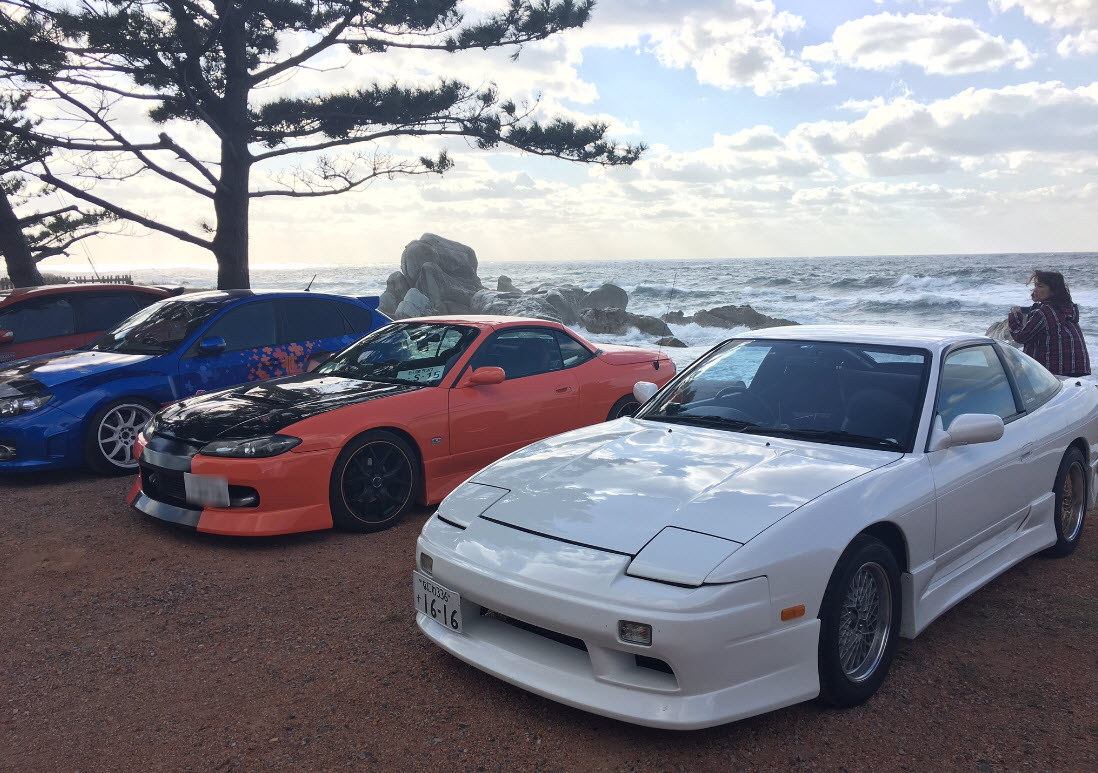 I love cars and personality,
My hobby is caring!

I also love to travel and alcohol.

Personality is tactic though it is on the right track

If you get used to it you ride and talk often.

I do not want to break the car so it will not run so intensely even if I go to the circuit. 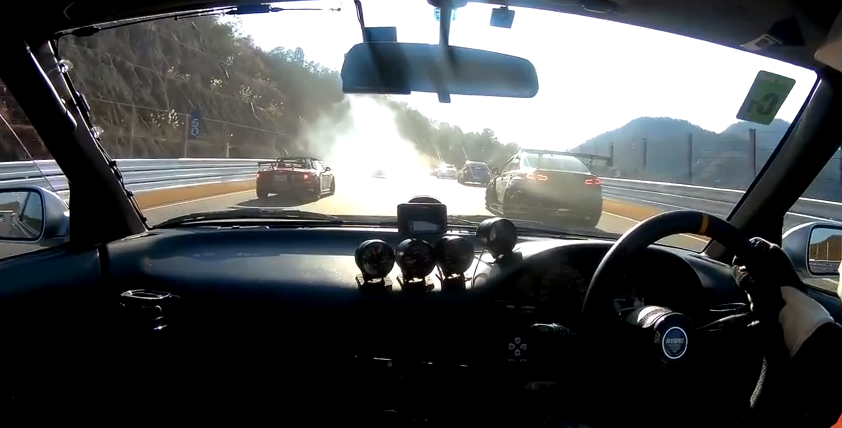 Although I am thinking that I would like to do some DIY maintenance as well, I am a beginner, but I am pleased if there is something that I wrote about that will be helpful for someone who loves cars somewhere.

Recently I felt awakened to DIY maintenance and tools. 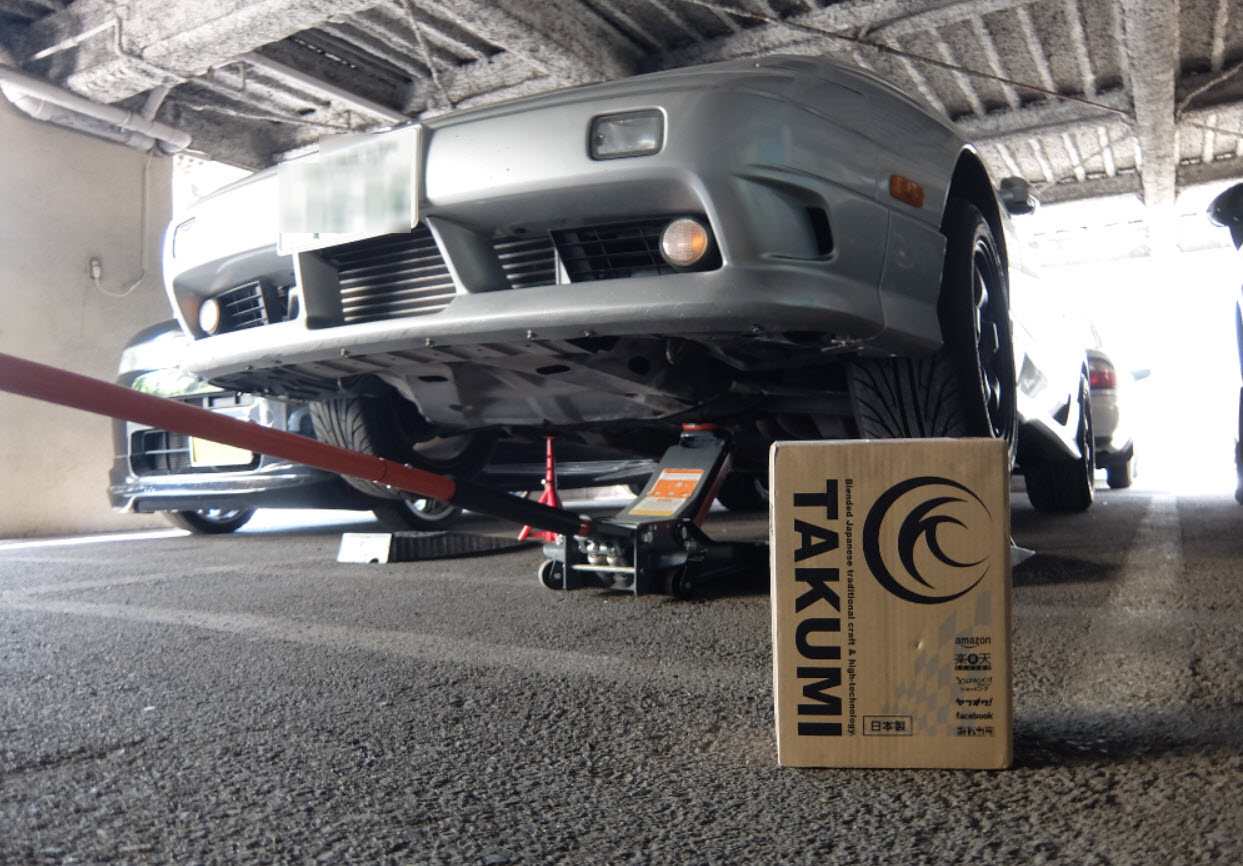